A beautiful college campus does more than attract potential students, they are great places for locals and visitors to delight in fresh colors of the seasons, appreciate architecture, and, perhaps, even capture the essence of the local community.   We’ve rounded up some of the most stunning campuses in Delco worth adding to your itinerary.

The Swarthmore College campus draws visitors all year with its idyllic atmosphere. Its main attraction is the Scott Arboretum, home to more than 4,000 plant varieties. Other must-sees include Parrish Hall, the college’s iconic first building, whose extensive front lawn is known as Parrish Beach; and Crum Woods, a 220-acre woodland with several walking trails. 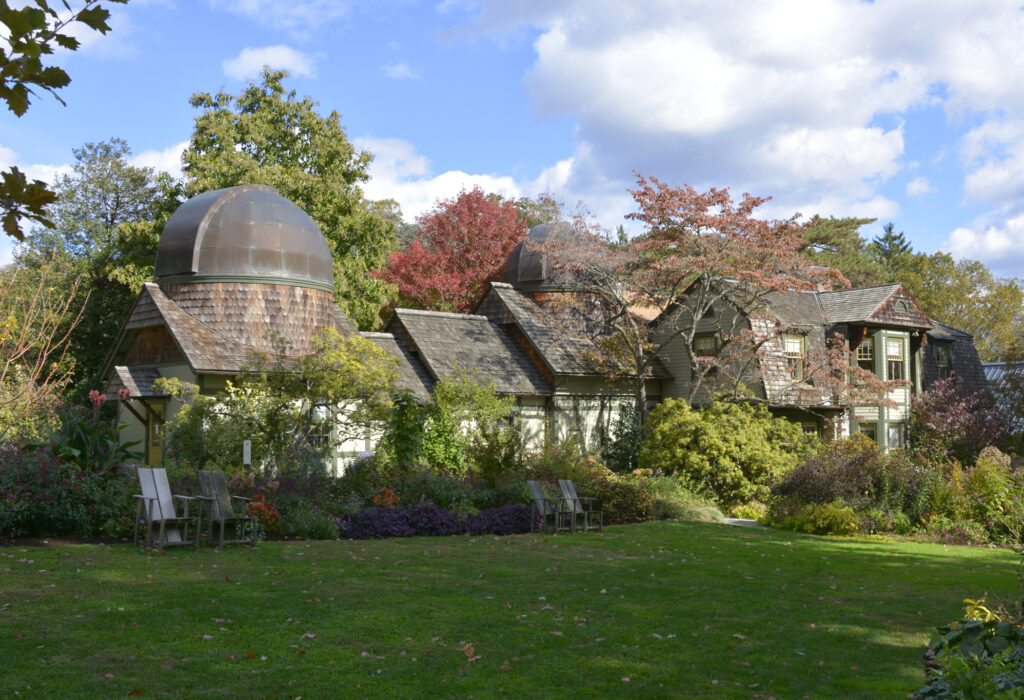 Beautiful architecture and relaxing open space on 260 acres make Villanova a great place to explore. Can’t-miss stops include the St. Thomas of Villanova Church,  The Grotto, a small amphitheater designed to provide room for prayer and reflection; and Corr Hall, a castle-like structure that serves as one of the centers of student life on campus. 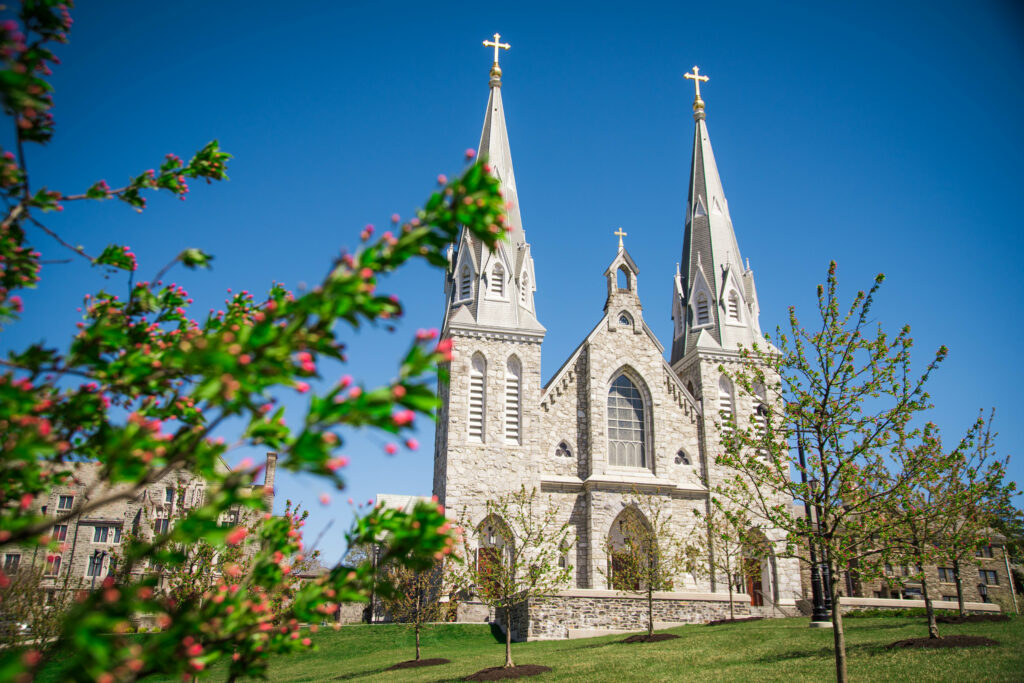 Not a lot of campuses can boast of having their own lake, let alone several. Stroll the banks of Willow Lake and the Lower Lake, then stop by the historic waterwheel on the banks of McGraw Lake. Also, don’t miss a visit to beautiful Walton Hall, which once served as a private home, or The Grove, a wooded clearing with picnic tables and string lights where students gather to study and socialize. 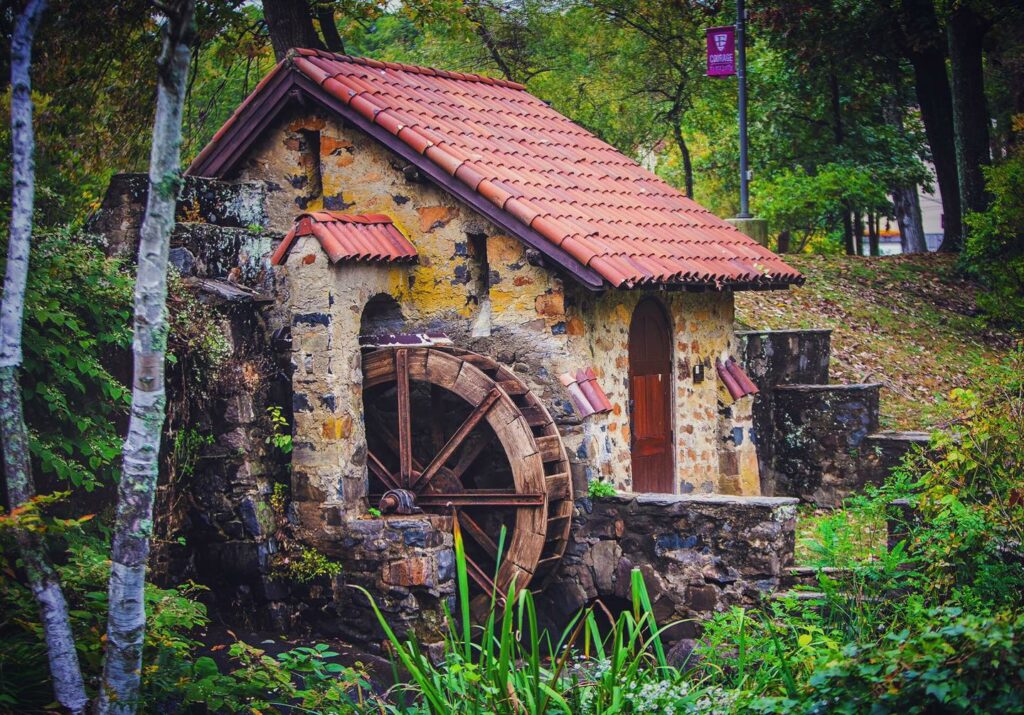 Highlights on a walking tour of this picturesque campus include Founders Hall, built in 1833 and now one of the major centers of university life; Barclay Hall, the oldest dorm on campus; Woodside Cottage, the oldest building; and the Strawbridge Observatory with its two soaring domes. One of the best ways to experience Haverford is by exploring the 2.2-mile Nature Trail that follows the perimeter of campus and leads through the conifer collection of the college’s arboretum. 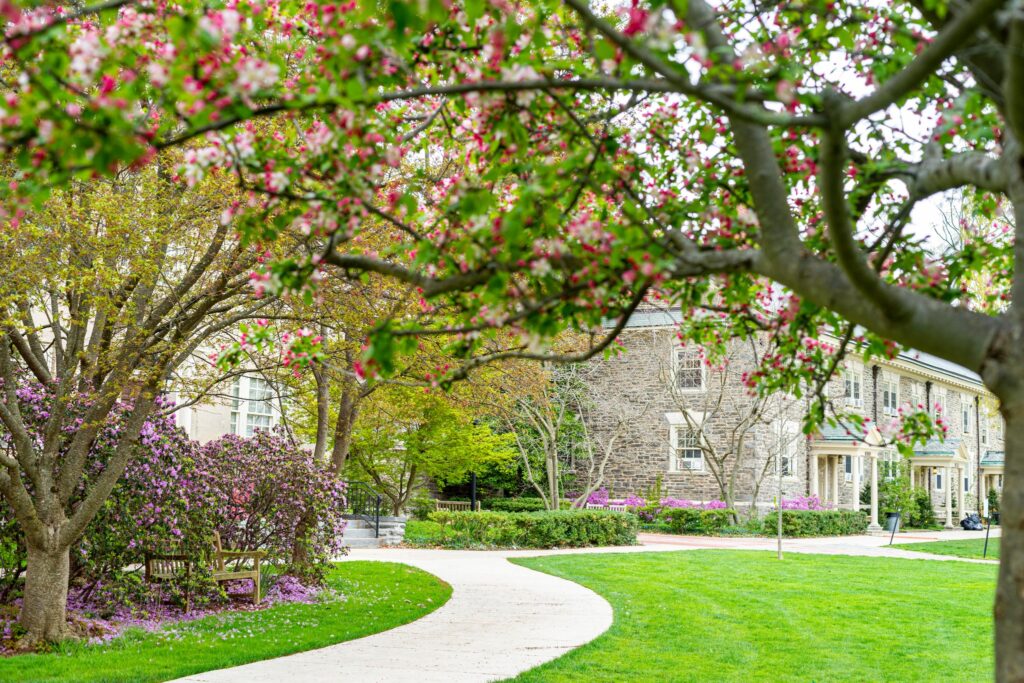 This branch of Penn State is a beacon of modern college architecture as well as a lovely green space. Don’t leave without taking a selfie in front of the campus’ very own Nittany Lion! 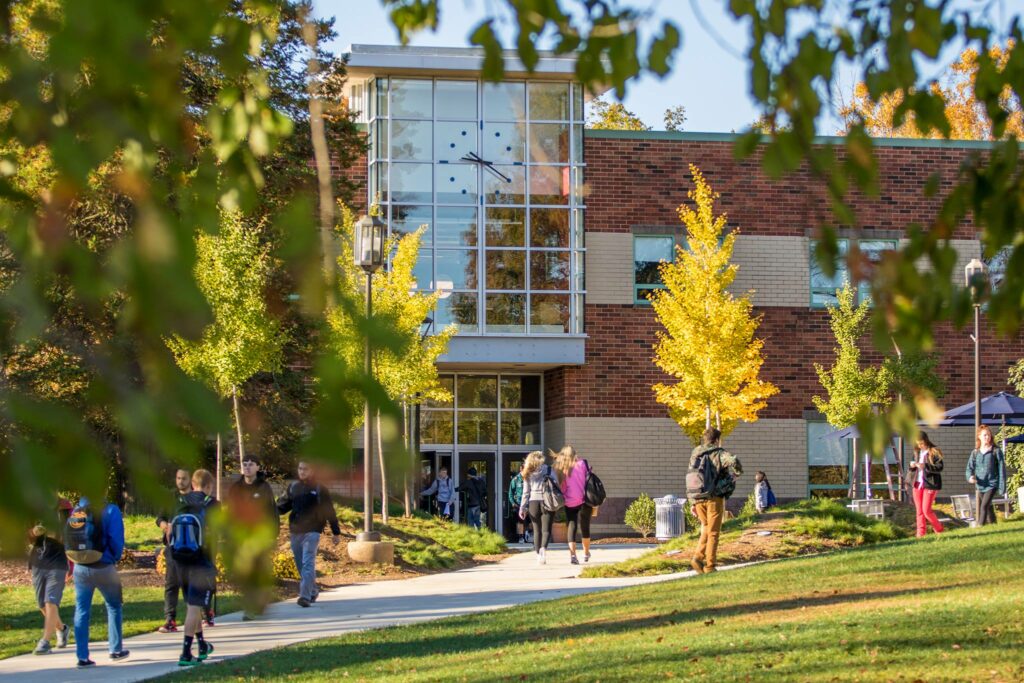 Widener University’s campus is both picturesque and walkable, featuring a striking observatory and an art gallery. But the jewel in Widener’s crown is Taylor Arboretum in Nether Providence Township, where visitors are free to roam 30 acres of plantings and natural land. 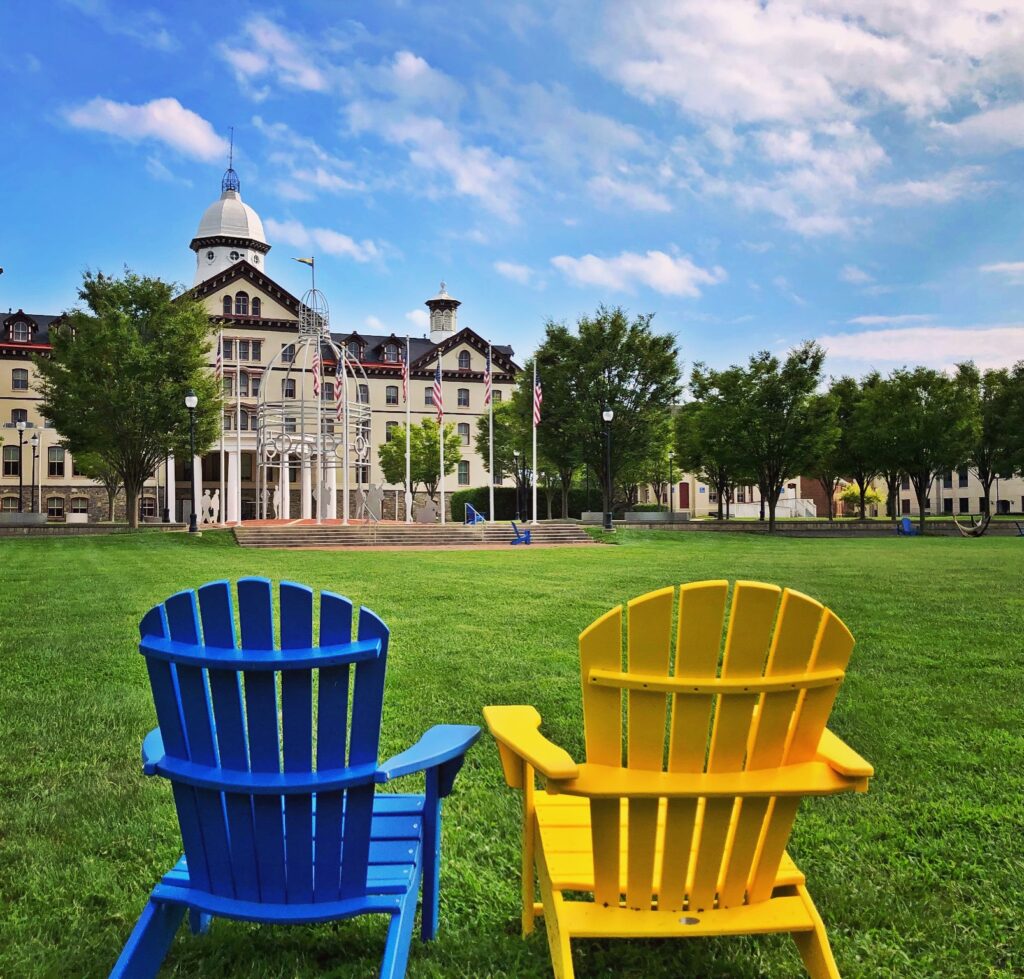 This private, Catholic university is situated on a beautiful, 112-acre wooded campus. Its most striking historic buildings are the Mansion (built in the early 1900s) and the U-shaped Grace Hall, which was originally a stable building. Today, it houses the Cabrini Theatre as well as administrative offices. A more recent addition is the striking, glass-fronted Iadarola Center for Science, Education and Technology. 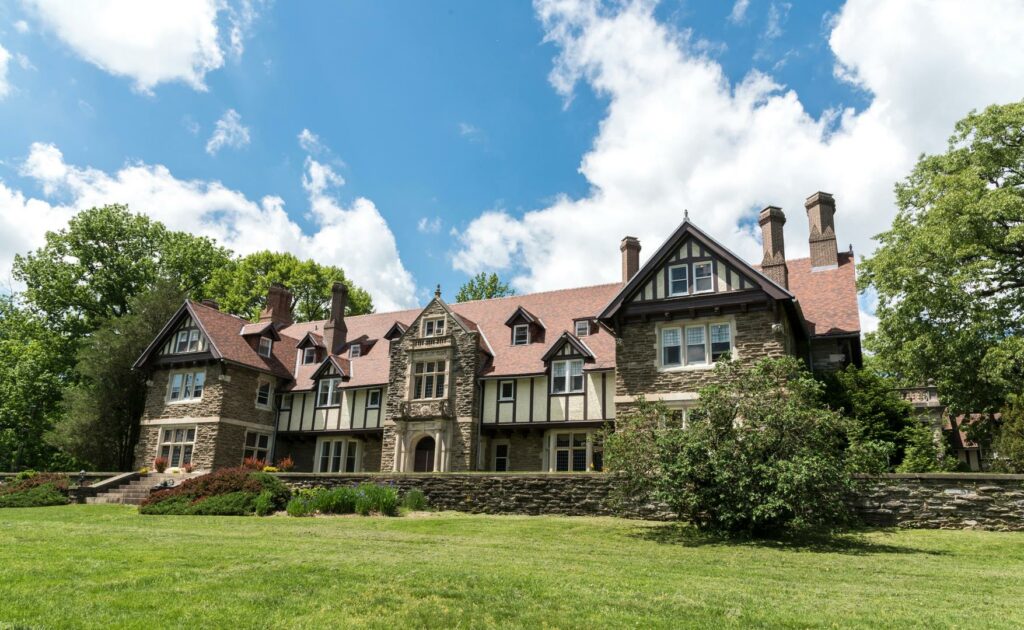 The official Military College of Pennsylvania is right next door to Cabrini University, so keep your stroll going there! Wander along the parade field, admire the historic May H. Baker Memorial Library or pay your respects to our veterans at the Battle of the Bulge Monument. 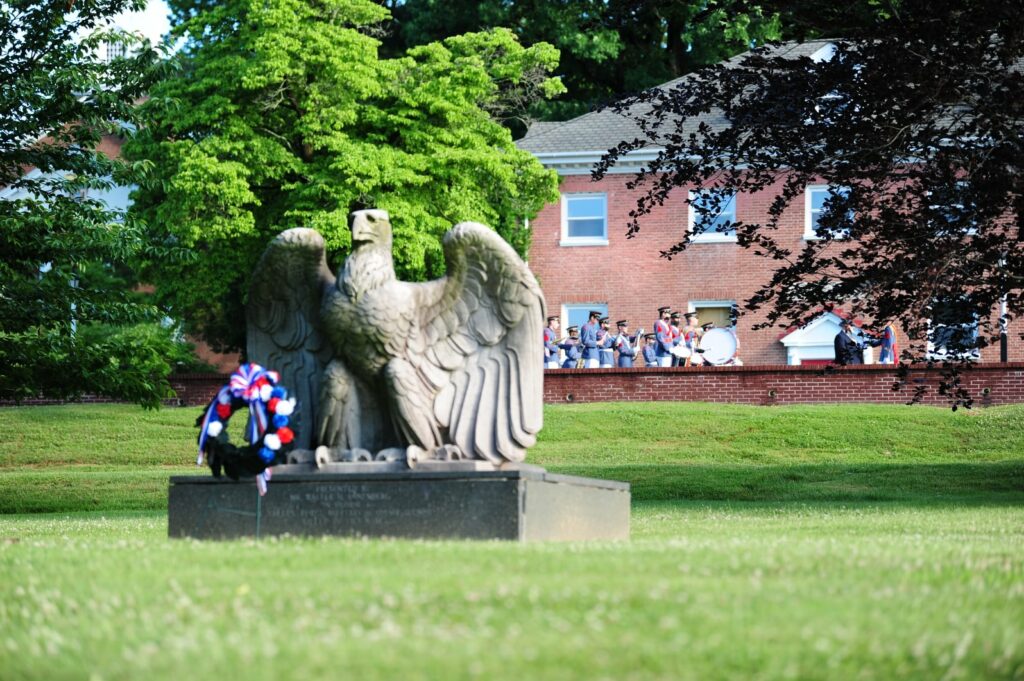 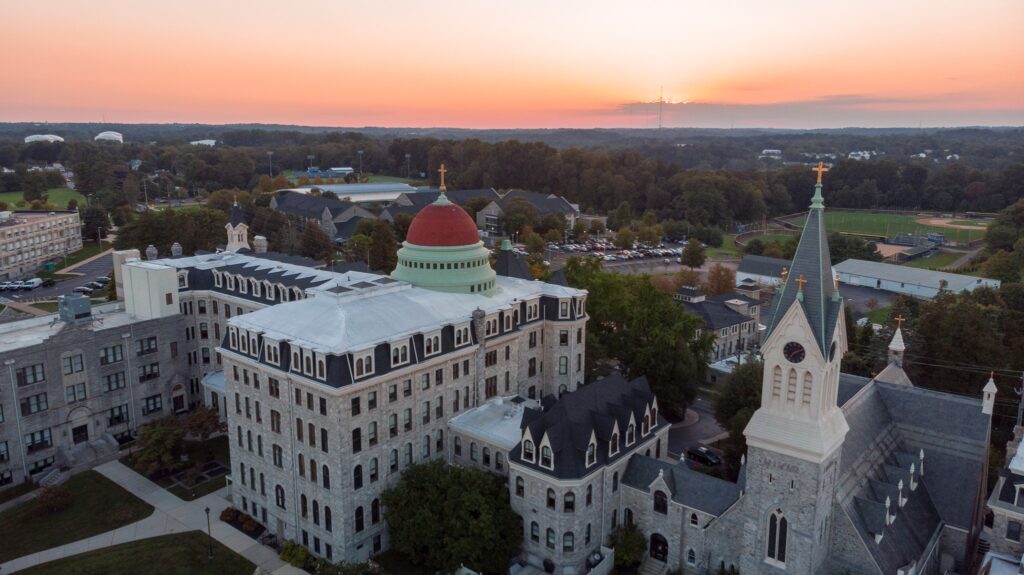 Want to know more about everything Delco? We’re your source for where to stay, what to do and more in Delaware County, Pennsylvania. We’re Visit Delco, PA, and we’ve got you covered from Philly to the Brandywine. Contact us at (610) 565-3679, by email, or online.